We reached Tawang from Dirang by 3:00 PM. Before dropping us all to our respective hotels, we had one more stopover at one of the Gompa.

Urguelling Monastery is a birthplace of 6th Dalai Lama, very old monastery, hardly any soul was around. It was at distance of 5 kms, prior to Tawang. We walked around, rain was drizzling. The owner of the Hotel Ajanta was following up with me since Jang Falls, regarding our arrival. Hotel Ajanta was located in the Nehru Market area. We gave copy of our online permit and one photograph each for Bumla Permit to the driver. He charged us total 5000 for the trip which included the following. (3000 for Dirang to Tawang & Tawang sightseeing for next day, 1600 (800 each) for Bumla sharing seat & 400 (each 200 for Permit).

We arrived at Hotel Ajanta (1400/night) after 3:00 PM. The hotel has girls and ladies who stay there and manages every request. I had booked it blindly for 3 nights, during online permit application. Thankfully, this stay turned out much better than rest and also, being located in main market, we went out in the evening to shop for some souvenirs. The hotel has a self-managed restaurant in the ground floor, dinner was delivered in the room. Next day, we were told to be ready by 9.00 am. Guys seemed to enjoy getting up late. We were up by 6.00 am as usual. Had breakfast, waited for the guys to come and pick us up for Tawang sightseeing. Well, they turned up at 10:00 am, had brunch in our hotel itself and by 11:00, we left for Tawang Monastery.

It is the largest Monastery in India and second largest in World. Perched on the hill top, can be viewed from opposite Tawang Town side. The Monastery belongs to Gelug sect, also known as Yellow Hat, As soon as we, stepped down from Sumo, it started raining and fog enveloped the whole area, we shivered. At the entrance itself, there is a colorful gateway called Kakaling in the form of small house, decorated with many mandalas on its roof. The monastery is a three storeyed building, surrounded by a 925 ft wall. After the getaway, there is a small stair to the right, which leads to the Library.

It has enormous collection of books in Tibetan, Hindi and English Languages on varied topics mainly on Buddhism and Tibetan Cultures as well as ancient scriptures. We spent maximum time here, scanning the books and making note on topics that can be searched later when in Mumbai. We further ascended the Monastery, There is a huge assembly hall, also, we could see some residential quarters for monks and Lamas, small children in the school managed by the Monastery.

The main monastery was next to the School.  The walls of the monastery are beautifully decorated with colourful thangkas and curtains that have Buddhist symbols / prayers painted over them. The assembly hall also called as Dukhang has a very enormous image of Lord Buddha of 18 ft height, and is believed to be donated by the 5th Dalai Lama. 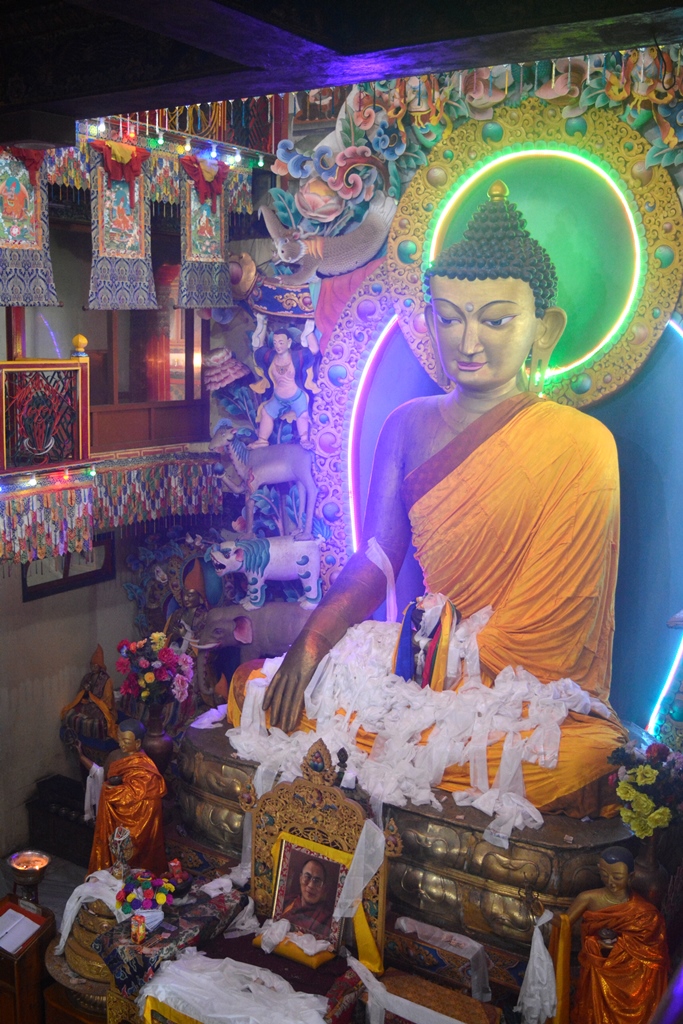 There is a stair on both sides of the Statue, we climbed up to go to the first floor. From here, one can see the face of Buddha directly. There is a Museum opposite to Monastery in the same compound, with a minimum ticket, which had various artifacts & Mandalas.

After spending more than hour at the Tawang Monastery, we went for Giant Buddha Statue, which overlooks the entire town and can be seen from any place from Tawang. The location is surrounded with beautiful view of Mountains. There is a temple at the base of the Statue.

Later, we went to War Memorial; saw the choppers on the Helipad. Photography was not allowed here. It was bit crowded, names of all the martyred heroes are written here. I was fascinated by the badges of each Regiment. 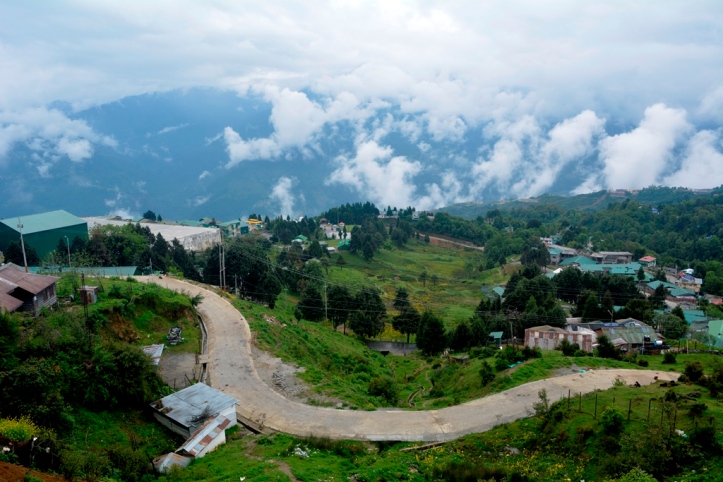 I tried to click each one of them, but managed few. It was already 3:00 PM. We wanted to visit the Ani Gompa, but the roads were closed, as informed by the Driver. We got down at the Nehru Market, walked around and came back to the Hotel, retired for the day. Next day, we had planned a trip to Bum-La Pass.

Happiness is when you find field blooming with sunflowers!
Memories refreshed from our trekking days, fun we all used to have! #friends
Trekker's paradise! Have trekked here almost 4 times through different routes, but still route through Pachnai is considered as one of the easiest and truly is heaven in monsoon just like Khireshwar! 5th time was total bliss!
#bestiesforlife