This was a one day trip, starting on Saturday night from Mumbai. Group Leaders had booked the bus for 24 members joining this trip.

We started from Mumbai at 10 PM and reached Palasdev temple at dawn. Palasdeo Village is known for the Palasdev Temple, built by Chalukya Kings in Hemadpanthi style with Saptabhumij Shikhar, between 9th and 11th Century.

The temple remains submerged most of the time in the year because of the Ujani Dam built in 1978, only resurfacing in summers or during scarcity of rain in the region. 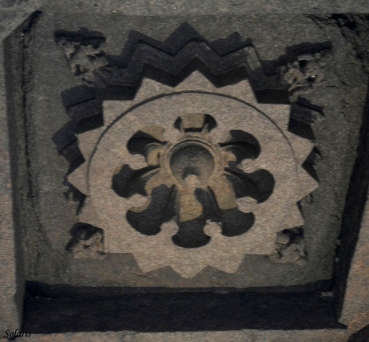 There are some hero stones and a slab depicting Dashavtars almost half buried in sand. The sunrise gave a golden hue to the temple. 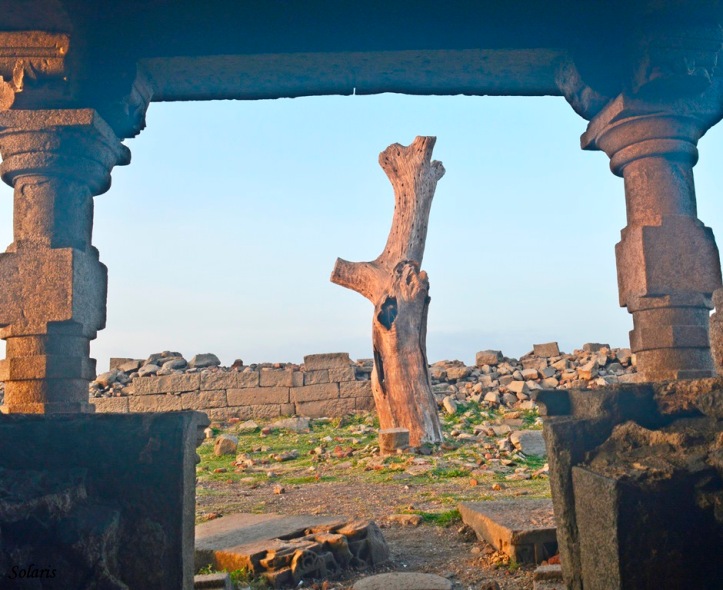 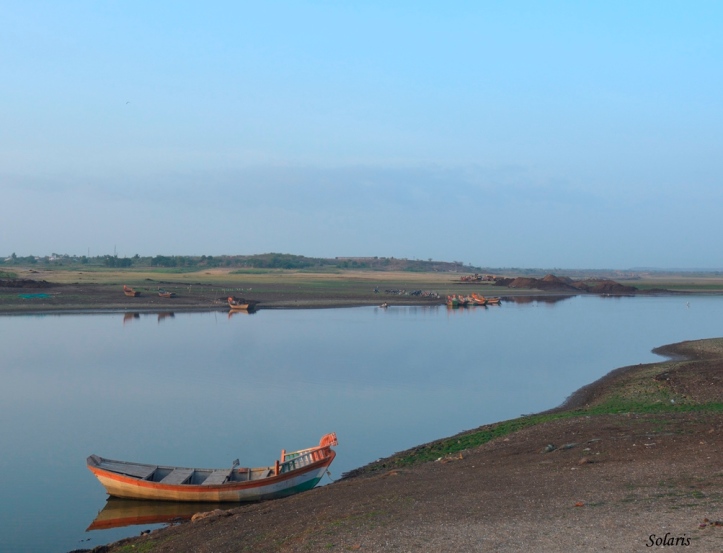 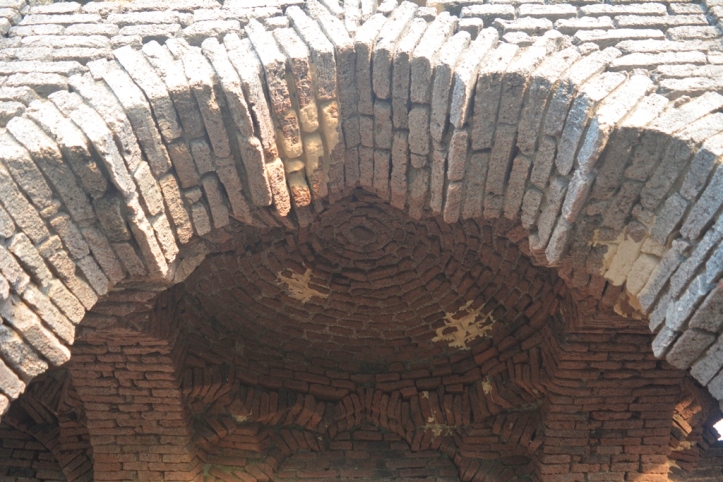 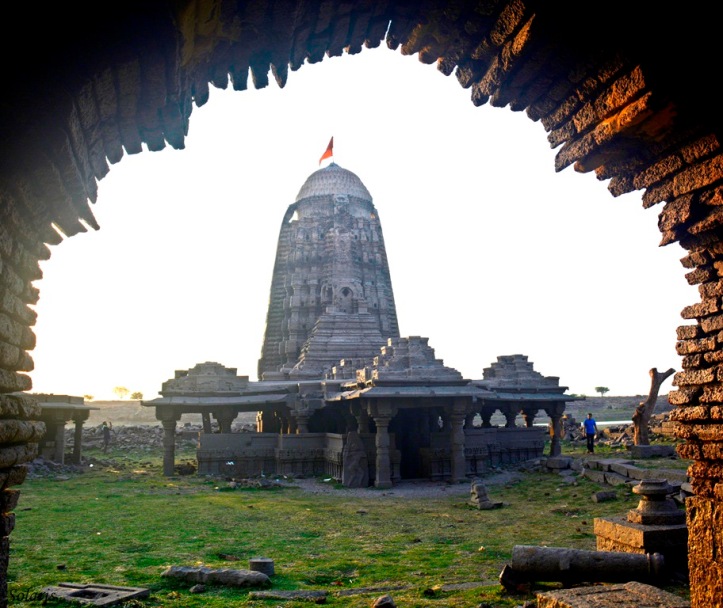 Nearby, on the opposite bank, there is another ancient temple depicting Ramayana on its wall in the Wangi Region. One has to take a boat to reach the other side. Ramayana is carved on its outer wall, along with some Shilabhanjikas. 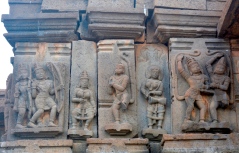 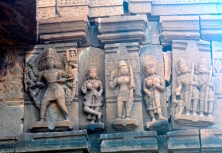 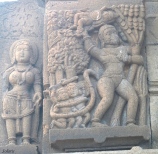 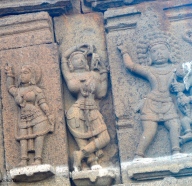 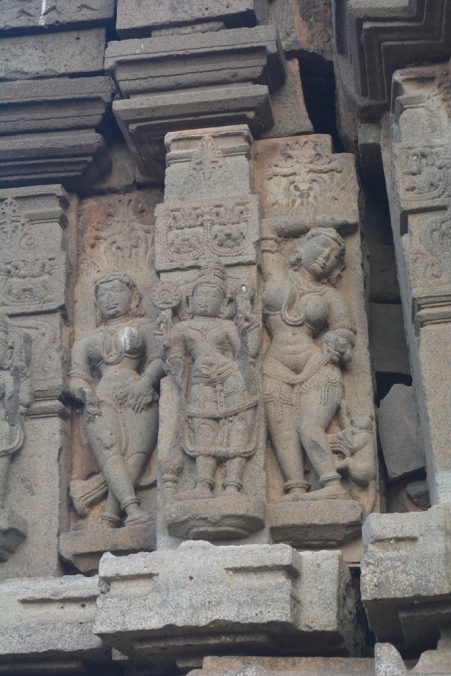 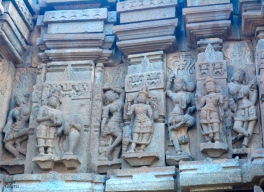 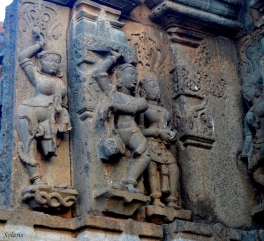 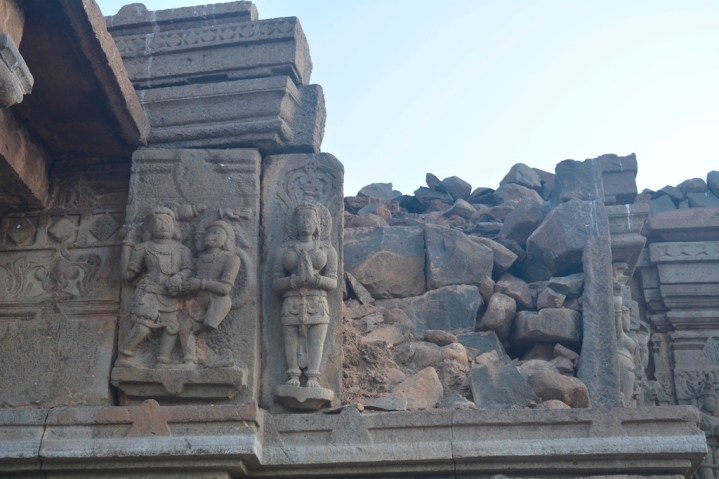 There is a new temple in the called Palasnath temple, built by the villagers. The Shiva Linga from the old Palasdev Temple was placed here, when the original temple went under water. 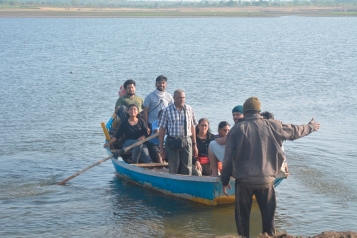 We proceeded to Kugaon Fort, also called as Inamdar Wada. This fort also remains submerged in the River. Otherwise unexplored much, this fort gained attention when the Marathi Movie called Sairat had some drone shots of this Fort in one of its song. 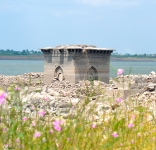 Baramati Gadhi – There is a Police Station & Tehsilsar Court Office inside the premises of Baramati Land Fort.

Siddheshwar temple was closed for the afternoon. We climbed the nearby building to get a view from terrace. Thankfully, a local lady got it opened for us. Located in midst of bustling city, enclosed by the wall.This temple is an architecture marvel in its own as seen below.

Medad Fort is a Land fort, lying on the bank of Karha River. Only the Boundary walls (recently built) with Bastion was standing tall. Since, it was already afternoon and we were hungry. We had our lunch here. There are hardly any shops around. People had brought packed lunch from home.  The area had lots of structures, mostly overtaken by the growing population. Now, there is a primary school inside the Fort. 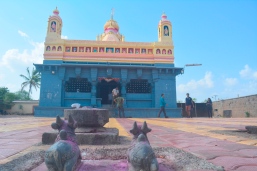 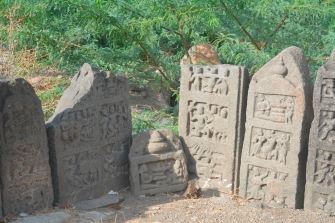 Mallikarjun Temple: The most surprising thing we found was, locals were totally unaware of the importance of Hero stones, their history and what was their meaning. The Varaha sculpture placed outside the Mallikarjun temple was another example of local apathy.

We had totally surrounded the Varaha – The Boar Sculpture trying to click from every angle and wondering in amazement.

Mallikarjun Temple is another marvelous example of Bhumij style architecture. This temple was built during Yadava Dynasty in the 14th Century. The Boar has been very beautifully sculpted with minute detailing. It was sad to see the current state of the Sculpture. 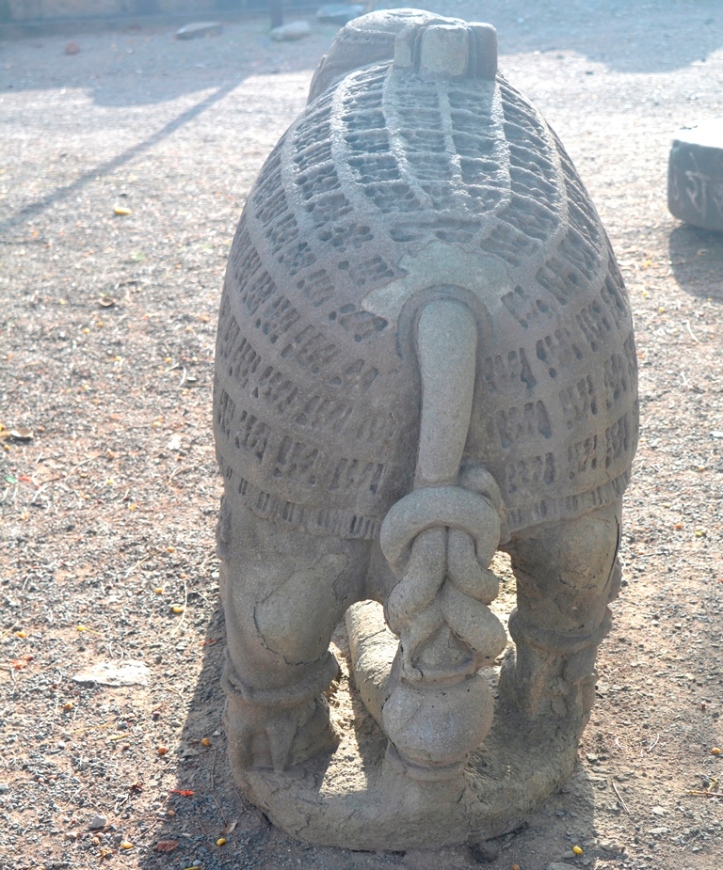 The temple has a Pushkarni with carvings in the niches on the wall. The temple was garishly painted in some areas, thus hiding the original stone. 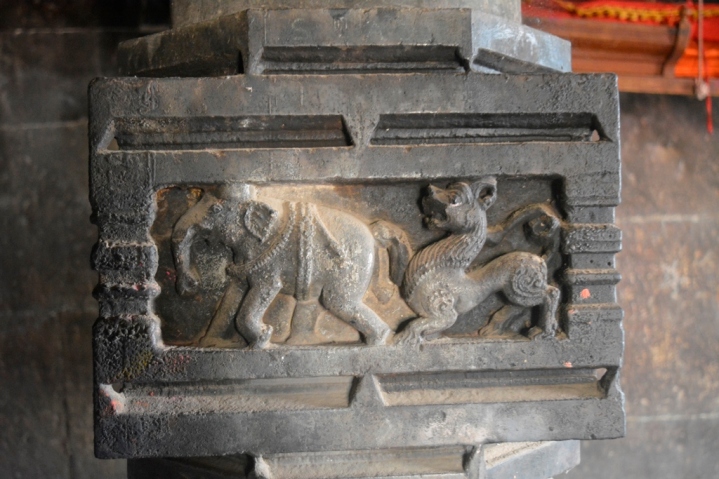